Super Mom …. or not Super Mom

It feels as though I should introduce myself, my life and my many children.

I had an operation two weeks ago to remove a growth in my throat 11x7x5 cm. Rather big BUT benign so that is all that matters. Since it is lockdown we couldn’t have any visitors. I was so lucky to have had an old school in the bed next to me. She took such great care of me.

Zander had an operation on his toes. They had to loosen the ligaments and scratch away bone so that his toes could straighten out. Four weeks later and he is still in pain.

Financially it is tough. I’m not going to lie. I would not have made it without my parents.

Kyla is now homeschooling as well. We just couldn’t with the Department of Education anymore. No plans at all as to when school would open but the children were getting behind by the day. So many a child at home now. Even Jason’s friend Armando is here to school most days.

I actually missed blogging. I should do it more often.

I saw a client this morning who knows two of my children are homeschooled.

She wanted to know who teaches them. Who gives them their classes. Well, I do I replied.

What do YOU know? (In a very accusing you-are-messing-up-their-lives tone of voice) Are you a qualified teacher? What do you know about maths for example.

Well…I told her that I got 98% for maths at university. I think I know enough.

It bothered me all afternoon. How dare she. This is actually the first time that someone has asked me this to my face. Dared to judge my decision, my parenting to my face.

Tonight though I realized one of the things I do know. I know that I have a dyslexic child who just asked me to explain his maths work because he didn’t quite grasp it and he didn’t want to wait until tomorrow. A child who wants to learn.

So no, I don’t have a degree in teaching but I do know my child better than anyone else. I know to encourage him to want to learn and not force him to do so.

“Any fool can know. The point is to understand” Albert Einstein 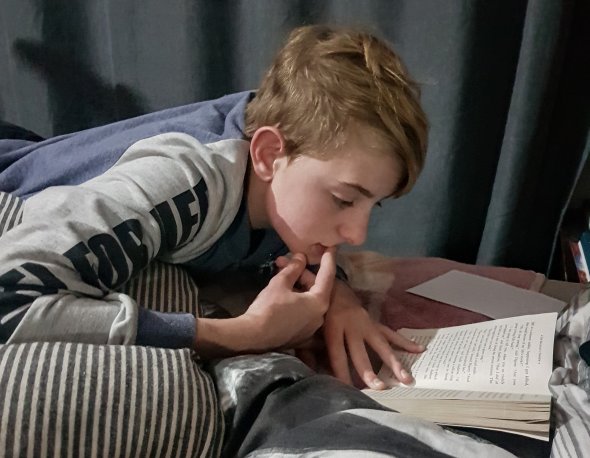 Ah, I do find people who have an opinion on something they know nothing of, very funny.

Schools started on Wednesday and some of the homeschool parents decided to get together and celebrate “not back to school”.

I picked Jason up from a friend just before the get-together (who also homeschool) when an older man stopped next to us.

He asked us why the children aren’t in school and we explained that they are homeschooled. He looked at us with that typical this-is-not-right look and drove on. He then reversed and said “Well as long as they know how to answer a phone one day… ”

I just had to laugh.

He said that to a child who will be an accountant and already has plenty of experience.

Another who wants to become an architect.

So this wasn’t the easiest of years.

Zander recently told me that I was often short-tempered this year.  I was rather suprised.  That is something that I work hard at not to be.  I homeschool him to give him a better education.  An education with less stress.  Being short-tempered would go against what I’m trying to do.  I do understand though.  I had to homeschool while getting chemo, while ending up in hospital too often, through operations and radiation. All while supporting my mom as much as I could.

We had his art class prize-giving this week.  He goes there every Wednesday, the entire morning.  That’s his Wednesday “school” (which means that we had to fit school into just 4 days a week!)  He loves it.  He loves Aunty Amanda.  He loves all his friends there.  It’s just perfect for him.

She mentioned that we must remember that we are firstly their moms.  That building character is just as important as education.  That the matric certificate you get to show during an interview takes a few seconds for them to look at but it’s the character that will be the deciding factor in the end.  It’s very true.

I think he built a lot of character this year.  He has grown up some.  Sooner than I wanted to, he had to cope with my illness.  The possibility of losing both his mom and Ouma.  He had to cope with seeing us in hospital (too often), sick and barely able to move around.

He did it though.  He did it with much help and love from his brothers and Kyla.  He is one amazing little guy.

Enjoy your holiday, Zander.  Can’t believe you are almost in High School!

The public school children went on their Grade 6 tour two weeks ago. Since I try to give Zander the same opportunities as his public school friends, I decided to give him a little tour of his own.

We went zip-lining on Tuesday.  It was a first for all three of us (Jason went with, since it was just days after finishing my cancer treatment and I didn’t know how my body would cope).  We loved it.  My body … not so much.  Shame, the one guy was actually very worried about me.  In the end I could barely get onto the bakkie.  I couldn’t speak, I was so out of breath.

Let’s focus on how much fun it was though!  Poor Zander was a tad light and on the last zip-line he got stuck on the line.  His weight could not bring him all the way down.  He handled it like a pro though and just enjoyed the view while waiting for them to get him down. 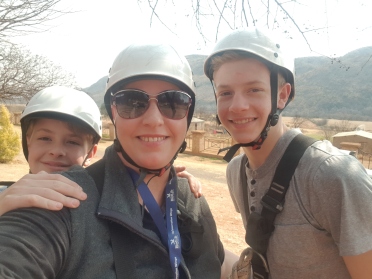 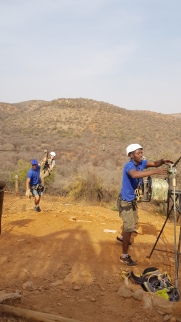 That Thursday we decided that it will have be an educational trip, so took him to the Cradle of Mankind.  He then went into the Sterkfontein Caves with my dad.  This was a big deal, since he has claustrophobia.  He did so well though.  He loved spending the day with my dad.  There is something special about learning from your grandparents.

We knew that the school were spending their last day at Gold Reef City.  So we planned our week in such a way that we would be there at the same time.  Quite a gamble since it’s a big place and we might spend all day looking for his friend.  We were lucky though and managed to find him.  Zander spent most of the day walking around with him.  I was SO proud of him.  He went on almost all rides.  Even ones with a 9/10 fear rating!  My poor dad went on one of the rides with us and was sooooo sick afterwards.  I felt so bad for him.  Gold Reef City was definitely the highlight of the week for Zander. 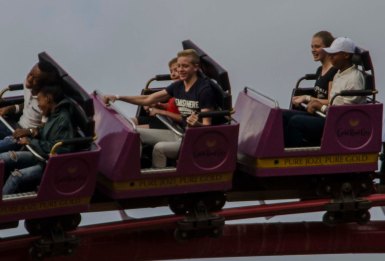 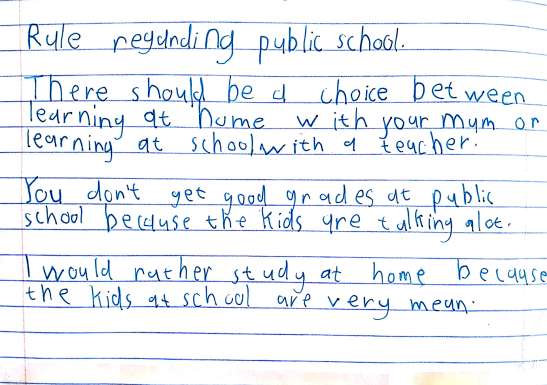 The list is endless actually.  He is happy.  He is doing well.  As an example, he got 82% for history.  He did not learn for it.  We did no revision.  It was from what he learned when we worked through his book (google and youtube as well)  No stress.  Just from the time we spend on the subject, to make sure he understands and enjoy it.  It’s not a punishment.  It’s fun.  He wants to learn more because we make it fun.  We live the history.  We don’t read the history.

To anyone else, this is a photo of a child writing a story.

To me it is so, so much more.  It’s my son, that uses spaces between his words. That’s writing in paragraphs. My son who put thought into the story.  He took the time to think of a good introduction and ending.

He wasn’t worried about the spelling or how quickly he had to finish.  There is no rush when you are a home schooled and spelling is helped by the cellphone.

By removing those two factors, he could focus on what is truly important when writing a short story.

I look at that though and it seems like we are getting something right!

The decision was not made within a day, not within a week or a month. I have been thinking of homeschooling Zander since the beginning of the year.  If I’m honest I have probably considered it subconsciously since Grade 1.

That’s when I realized letters don’t make any sense to him.  At all.  He could not differentiate between any of the letters.  It wasn’t just “b and p”  or “d and b”.  They just didn’t make any sense.  I knew that he was dyslexic, I just didn’t have the final diagnosis.

If I knew then what I know now, I would have home-schooled him from Grade 1.

The final decision was only made on Sunday.  Big rush to get books and such but we have started on what I know he battles with.  That’s the joy of it all.  I can work on what HE battles with.

I can do this.  I worked full-time and studied via Unisa after school.  I got my degree in the same amount of time as I would have, had gone to university full time.  I know that I can make time to make things work.  I have always done that.

I know that I’m doing what Zander needs.  I have to help him.  He has changed so much in the course of the year. Emotionally he is not the same child.  The pace is just too fast.  He is not keeping up and the teacher (understandably) get upset. They can’t keep the class behind for one child.  I can’t do that to him.  The school has gone above and beyond to accomodate with exams but the problem lies with class work.

If you look at most of his school marks, you would think I’m a tiny bit crazy.  I would understand that.  He gets distinctions!  However if you look at the languages you will realize I have no choice.

So wish us luck.

I am mom to three amazing boys Quintus (20), Jason (17) and Zander (14) and a much loved (foster) daughter Kyla (17).
They used think that I was supermom and that I had the ability to save their worlds. I hope they still believe that I can.

I have my own accounting practice. I share offices with my dad and even though to the outside world it seems confusing, it works out great for us.

Balancing a full-time job, homeschooling and acting as stay-at-home mom isn't easy BUT we make it work.

We live in South Africa. A country that I love. A country of breath-taking beauty, diverse culture and shocking crime.